If your practice is based in a state with a high number of Spanish speakers, it’s likely the thought of hiring bilingual staff has crossed your mind at least once. When your dental team can speak two languages, you can significantly increase the number of patients you treat, boosting your practice’s revenue. But finding qualified bilingual staff can be a struggle.

To help you make the right choice for your business, here’s an overview of how hiring bilingual staff can affect your dental practice and some important statistics you need to know.

How many people speak Spanish in the US?

Spanish is a very prevalent language spoken commonly throughout many states in the US. In 2016, a survey revealed there were 59.8 million Hispanic people in the country, a figure that accounted for 18.3% of the total population.

This means in 2018, there were around 12 million Hispanic people who struggled to communicate in English. As the number of Spanish speakers continues to rise in the US, we can only assume this number has grown in the past 2 years.

There are some states with a considerably higher number of Hispanic residents than others. Arizona, California, Colorado, Georgia, Florida, Illinois, New Jersey, New Mexico, New York and Texas are each home to more than one million Hispanic residents.

The Census Bureau predicts that by 2060, there will be 119 million Hispanic people in the US, making up 28.6% of the total US population.

Why hiring bilingual staff is a good idea

With the number of Spanish-speaking residents anticipated to rise massively over the next few decades, there are many reasons you should consider hiring dental hygienists and dental assistants who can speak English and Spanish.

While some Latinos may prefer to visit dental practices run by native Spanish speakers, some may not have that choice available to them. The next best thing is to visit a dental practice where staff members are fluent in Spanish.

Language is more than just words

Language isn’t just a way to communicate thoughts and feelings. It’s part of who we are. The language we speak is directly connected with our character, culture and social identity. Because of this, being able to communicate with dental patients using their native language is critical.

It’s no secret that many people are scared of visiting the dentist. Most people are anxious because of the possible pain they might have to endure during treatment. But for patients who don’t speak English, not being able to communicate with the dentist or fully understand their recommendations is a real worry.

Having bilingual staff in your dental practice reduces patients’ communication-related fears and improves their visit. Not being able to properly explain the reason for your visit can be very frightening. But this fear is eradicated as soon as you employ one single bilingual staff member.

When you employ dental staff who speak additional languages, you create a more diverse environment. This type of setting results in a more welcoming office for all patients, regardless of the language they speak. Hiring staff fluent in different languages proves your patients really are your priority, making them feel more valued. 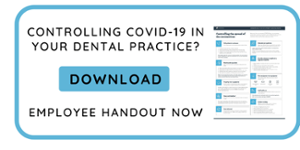 Being able to comprehensively understand a patient’s problem and fully communicate the different options available always results in a better service. If you or your staff don’t speak the same language as a patient, there’s a big risk you could misunderstand their problem or they could fail to grasp the pros and cons of a treatment.

Being able to give legal consent to have dental work is a must in the industry. And the only way to ensure proper consent and understanding is to communicate to a patient in their own language when they can’t speak English.

How hard is it to find Spanish speaking staff?

Bilingual employees are in very high demand. Despite 12% of the 40 million Spanish speakers living in Texas, finding qualified dental staff who speak both English and Spanish to a high level could pose a problem for your practice.

The truth is that there simply aren’t enough bilingual staff to meet the demand. Especially in dentistry, an industry requires several years of education and licensing.

But it’s not all doom and gloom. There are ways you can stack the odds in your favor and hire top quality dental professionals who speak Spanish.

Chron suggests searching for expats who have lived in Spanish-speaking countries and are planning on moving back to the US. There are many expat blogs, forums and message boards filled with repatriated job seekers looking for work.

When using Cloud Dentistry to search for bilingual staff, we recommend making it clear as early as possible that the job requires someone who speaks English and Spanish. In a discussion with Collage Magazine, CHRP and talent acquisition specialist Jarett MacLeod explained that the biggest mistake he sees in recruitment is businesses not leading with the fact that the position they’re seeking to fill is bilingual.

He added, “If you’re only posting in one language, make sure it’s something that everyone can understand. Writing in clear and concise language, avoiding idioms and avoiding slang, will make it comprehensible even to a non-native speaker.”

Asking the right questions during the interview stage is also essential to hiring the right Spanish speaking staff for your business. Not only is this the perfect time to discover if they’ll fit in with your work culture, it’s also the ideal opportunity to find out if they speak Spanish as fluently as you need them to.

The easiest way to do this is to carry out part of the interview in Spanish. But if you don’t speak the language yourself, there are some ways you can determine their level of fluency. Ask them:

You might not find the perfect Spanish-speaking dental hygienist or dental assistant as quickly as you found your other dental staff. But don’t give up. Being truly fluent in a second language is not a skill that can be faked or learned overnight. It takes time and if you’re patient during the recruitment process, you and your dental practice will be greatly rewarded.

Home / Blog / Hire dental staff / Bilingual dentistry - Should you hire bilingual staff?
Previous Becoming a restorative dental hygienist Next This dentist shares how you should hire smart or fire stupid